You are here: Home / Fat Loss / How to Tell Your Body Fat Percentage Many people are still so focused on what the number on the scale reads, that they forget that it’s not always an accurate depiction of body composition. For example, muscle is denser and weighs more than fat, so if you’ve been killing it with strength training and protein intake, the scale might read higher than when you were a cardio queen. To better develop your health and fitness goals, you need to know how to tell your body fat percentage, which is a good indicator of the amount of excess fat you’re carrying on your body.

But before we jump into how to tell your body fat percentage value, let’s talk a little bit about body fat itself. First, every person needs a minimum level of body fat for both physical and physiological health. But the minimum varies by age, gender, and activity level. For example, an 18-year-old male athlete may be able to get away with having a single-digit body fat percentage, while a childbearing-age female will need more for ovulation, hormonal function, breasts, and sexual organs. While there is some indecision on the what body fat level is just right for optimum health, the American Council on Exercise breaks down the averages accordingly:

With a better understanding of the range in which your body fat percentage should be, now it’s time to get your number. There are multiple ways to do so, but keep in mind some are more accurate than others.

Body Fat Monitor Scale: Body fat scales act much like a regular scale: you stand on it, pray to your god of choice, and get results that will either make or break your day. All kidding aside, the major difference is that in addition to your body weight, you are also given a second number, which is your body fat percentage. Using biometrical impedance, the metal plates send a current from your feet through your body and gauge the time it takes to return, factoring lean mass, body fat, and water along the way. Scales are affordable and easy to use, but not always reliable. Time of day and the amount of water you drink can greatly sway your body fat number. If you go this route, try to keep as many variables the same with each use.

Skin-Fold Caliper: With help from a second person (think trainer, spouse, or someone to whom you don’t mind showing a little skin), a tool called calipers are used to measure the density of your skin, typically at your belly and thighs. The skin is pinched (not painfully) between the calipers, and the numbers are put into a formula to give an estimate of your body fat percentage. While this method is usually more accurate than a body fat monitor scale, it depends more on the caliper kit used (i.e., avoid a plastic version) and the person administering (i.e., someone skilled is preferable).

Measurement-Based Percentage: For a test that you can do all alone in the privacy of your home, grab a flexible measuring tape. This is a method used by the U.S. Navy, which takes into account neck, waist, hips, and height for women. Enter the numbers into an online calculator, and the body fat percentage is calculated. This option is preferable for many since it’s free and easy to do. However, since body fat can’t be directly measured, the accuracy may be less than stellar.

High Tech, Higher Accuracy: For the most part, the three above options will give you an estimate of your current body fat percentage, but likely won’t be spot on. And that’s OK. The idea is to have an informed idea of where you’re at so that you can develop a plan accordingly.

With that said, if you are an athlete with performance goals, if your health history requires you to carry below a specific fat percentage, or if you really just prefer higher accuracy and don’t mind paying for it, three options to consider are:

Remember, that unless you have a reason for needing detailed accuracy, an estimate can be just as good. Just try to limit variables when measuring and, as with the scale, not get too bogged down by the numbers.

Have you measured your body fat percentage before? Tell us the method you used and your thoughts about it. 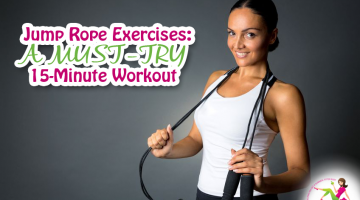 When you want to slim down, skip the need for elite equipment and do some jump rope exercises instead. For full-body conditioning, fighters have … END_OF_DOCUMENT_TOKEN_TO_BE_REPLACED 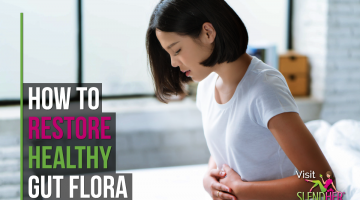 Trust your gut. Learning to listen to your body and feed it the food it needs to function is the most important step in healthy digestion. If you … END_OF_DOCUMENT_TOKEN_TO_BE_REPLACED 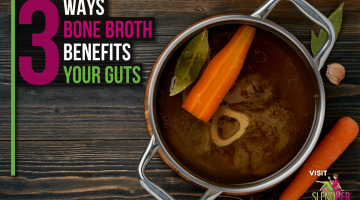 Nowadays people everywhere are sipping bone broth from their teacups and coffee mugs. And admittedly, that might make you blurt out an “Eww!” But … END_OF_DOCUMENT_TOKEN_TO_BE_REPLACED