We’ve already talked about the ways you can sabotage a workout–you know, stressing, not sleeping, rewarding yourself with food, etc. However, there are bigger sabotages at play that are likely packed away in that emotional baggage just about every person seems to lug around. This kind of sabotage will ruin your results just when the going gets good. And what sucks even more, is that you might not even know you’re doing it. But all hope is not lost! By keeping an eye on the following behaviors, you can catch a saboteur before it undoes all the positive changes for which you’ve worked so hard.

“I’m Not Good Enough”: The awesome thing about exercise and healthy eating habits, is that they have positive effects on low self-image and confidence. Yet on the flip side, this also requires you to try new things and put yourself out there in ways that feel very uncomfortable. The low self-esteem that you’re working to build ends up being the very obstacle standing in the way between you and feeling great.
Stop the Sabotage: Becoming healthy may be one way to boost your self-esteem, but it’s certainly not the only way. Surround yourself with supportive people. When you’re starting to feel insecure about stepping beyond your comfort zone, let your support group become your personal cheerleaders. In the same vein, avoid being around people that make you feel anything less than the great person you are.

“Perfect or Bust”: If you tend to be a perfectionist, sabotage can be waiting for you at every turn. Nothing you do will ever be good enough. Why? Because perfect doesn’t exist beyond the unicorns and rainbows you’ve imagined in your mind. Deep down you know this to be true, so instead of being super driven about achieving your goal in the most determined way possible, you end up procrastinating or giving up since you know it’s not even possible.
Stop the Sabotage: Set small realistic goals. If you’re a 40-year-old mother of two with the goal of looking exactly as you did when you were 18, your goal is too big and will be extremely difficult–if not impossible–to reach. It’s better to celebrate smaller milestones along your journey then to only be focused on the end destination.

“Failure is Inevitable”: Life is made up of successes and failures. It’s likely that failure will happen, but living in fear of failure will only sabotage your chances for success. You may think that by not trying at all, you can control the failure–stop it from happening before it even starts. But in all honesty, you’re only dooming yourself to mediocre life lacking in new experiences. Boring. You deserve more!
Stop the Sabotage: Broaden your view of failure. Sure, it may mean not achieving something, looking less than in front of someone else, but it could also mean discovering a new skill and being great at something. Sounds like a huge boost of confidence! Plus, even if you do fail, it’s a chance to learn. Think of toddlers learning to walk. When taking their first steps, they will fall down–and everyone accepts this failure. Not trying means a lifetime of crawling instead, something which feels hard to accept. Understand that the people around you are less likely to look down on you for trying and failing than never have given it your best shot.

“Woe Is Me”: If you’re often telling woeful tales of your car breaking down, the friend who did you wrong, or your backstabbing co-worker, you might be playing victim. In some cases, the world will do you wrong. However, most of the time, you likely had some role in contributing to the problem. For example, maybe the car broke down because you didn’t provide routine maintenance. It’s easy to turn most scenarios around so that you come off as blame-free, but that’s just a way of living in denial. When it comes to your health, you could blame genetics, your busy work schedule, or your husband’s bad eating habits for your inability to shed fat. But often you’re the real root of the problem.
Stop the Sabotage: Take responsibility. Whenever something goes wrong, begin to question if there is something you could’ve done or not done to avoid the situation. By blaming other people, you only strip yourself of the control you have over your own life. Take back control and see your results return.

What saboteurs rip off your results? Share with us in the comments! 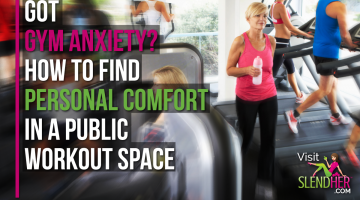 When you’re looking to burn fat, for many the gym is where it’s at. However, if you’re like the 65 percent of females surveyed by Fitrated, gym … END_OF_DOCUMENT_TOKEN_TO_BE_REPLACED 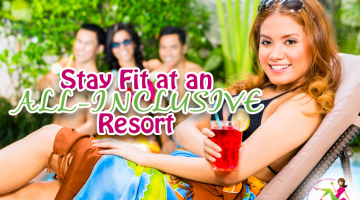 The final curtain may have closed on the summer season, but that doesn’t mean your days of vacationing beneath a warm sun and blue skies are … END_OF_DOCUMENT_TOKEN_TO_BE_REPLACED 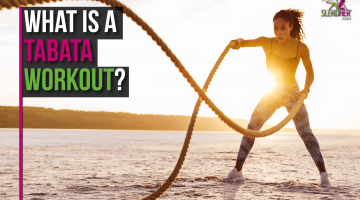 You have most likely heard about interval training, and maybe know that it is an effective way to boost fitness and lose body fat, but do you … END_OF_DOCUMENT_TOKEN_TO_BE_REPLACED