You are here: Home / Featured / Fact or Myth: Can You Use Apple Cider Vinegar to Lose Weight? Celebrities such as Megan Fox, Heidi Klum, and Miranda Kerr swear by apple cider vinegar to lose weight and its other benefits. Fox adds it to water for use as a dietary cleanse. Klum take vinegar sips to control cravings. And Kerr uses it as a salad topping to stay slim. With so many toned and trimmed A-list stars singing the praises of apple cider vinegar, you might be headed to the pantry to down the strong-smelling stuff. But before you do, it’s best to keep your expectations in check.

Is Apple Cider Vinegar Bad for You?

When it comes to apple cider vinegar and weight loss benefits, it’s important to remember that like most things in life, it’s no quick fix. A study published in the Journal of Functional Foods showed that participants who drank eight-ounces of water mixed with a tablespoon of apple cider vinegar before a meal had lower blood sugar levels than participants who didn’t sip on the vinegar mix. The lower blood sugar was the result of the vinegar’s acetic acid blocking the body’s ability to breakdown starch. Lower starch breakdown equals fewer calories for your body to absorb.

While fewer calories sounds a lot like weight loss (and you’re right), the results of this research were considered subtle. Over time, you might see a slight difference in the number on the scale or how your clothes fit, but you’d likely see betterfrom strength training, drinking plenty of water, and eating a diet rich in nutrients from whole foods.

How to Add in Apple Cider Vinegar

Even though most mainstream dietitians and medical experts believe more research is needed on apple cider vinegar’s effect on dropping weight and burning fat, that doesn’t mean you have to

avoid it. Like we said, there are some health benefits so long as your body can tolerate the tart stuff.

Instead of drinking it in water, which can be a lot to stomach, go the route Kerr uses as and turn it into a salad dressing. You can add flavor and moisture to your bed of greens and veggies, and anything to help you eat more produce is a good thing. With a few ingredients that you likely already have in your kitchen, you can use apple cider vinegar to whip up a tasty topping that is typically healthier than the pre-bottled dressings from the grocery store.

In a small bowl, whisk together:

This is a great base to eat as is with a dash of salt and pepper. But when you want to try something different, add flavor by adding herbs such as basil, cilantro, or thyme. For something more savory, mix in grated Parmesan and chopped onions and garlic. Go spicy with a dash of red pepper flakes and a teaspoon of Dijon mustard. And for a sweeter side, add a tablespoon of honey and grated ginger.

What is your favorite salad dressing flavor? Tell us in the comments!
Resources: 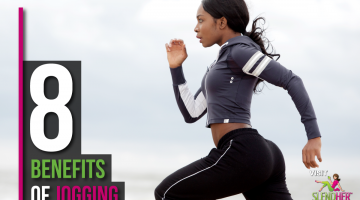 Sometimes it can be a good idea to slow down, even with exercise, to reap the rewards. It might sound counterintuitive to slow down for improved … END_OF_DOCUMENT_TOKEN_TO_BE_REPLACED 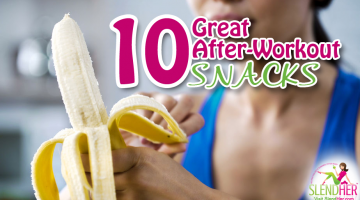 Working out and eating can feel at odds with one another when the objective is to burn fat and achieve body goals. But actually, fitness and food … END_OF_DOCUMENT_TOKEN_TO_BE_REPLACED 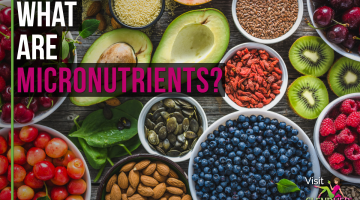 You’ve likely heard the word “macros” which refers to macronutrients - carbs, protein and fats - and these are essential for the body to thrive. … END_OF_DOCUMENT_TOKEN_TO_BE_REPLACED