You are here: Home / Healthy Eating / Should You Choose a New Moo? If you grew up on milk mustaches and believing a tall drink of dairy does a body good, then you might wonder why there are so many milk alternatives on the market. While some products, such as those by the brand Lactaid, are for people who can’t tolerate lactose, there are lots of other alternatives that have nothing to do with one’s relationship with dairy–and might not do much for your fat loss goals with. Before you ditch your go-to dairy, get to know more about your options.

Coconut Milk: If you’ve ever tried a low-carb lifestyle–or have a pal who’s all about the Paleo (aka “Caveman) diet–then you’re likely familiar with coconut milk. Since it tends to be very creamy, coconut milk is used as a thickener in recipes, helping to reduce flour and other gluten-laden material. Like human milk, it’s rich in lauric acid, which hasor anti-bacterial and anti-viral properties. Despite the word “nut” in the name, coconut milk is nut-free. However, similar to nuts, it’s a bit high in saturated fats…so don’t go too nuts for this milk.

Almond Milk: If you’ve ever wondered how you milk an almond–well, you don’t. Almond milk is made from pulverized almonds and tastes nothing like cow’s milk. However, like that from our mooing mavens, almond milk is good for your bones, as it’s a serious source of magnesium, not to mention high in antioxidants and other cell and tissue repairing nutrients. Still, if you’re really looking to reap the benefits of the nutritional benefits almonds have to offer, you’re likely better off eating them than drinking them thanks to what gets stripped away and added during the processing from solid to liquid.

Soy Milk: Soy milk is the product of soaking, grinding, and boiling soy beans with water. The result is a dairy-free alternative that is high in fiber, essential fatty acids, vitamins, and minerals. At seven grams per eight-ounce serving, soy milk is high in protein, which is great for vegetarians and vegans. However, it should be said that soy milk has been fraught with controversy. At one time it was said to up a woman’s odds of breast cancer, although the most recent studies are saying the opposite. Bottom line: do your homework before you switch to soy.

Rice Milk: Looking for a sweet treat? Rice milk is your go-to source…but when we say treat, we mean it. Rice milk is made from the processing of milled rice and water until it becomes a liquid. The carbohydrates from the process break down giving the liquid a sweet taste. But since this is all coming from a carb source, there is next to no protein. Therefore, it’s less a milk alternative and more of just another drink option…and not a very healthy one at that.

Flax Milk: Flax milk has been growing in popularity recently, even though the amount of protein it boasts is nearly non-existent. However, if you have a family history of heart disease, add flax milk to your diet might help. Flax milk is made from cold-pressed flax oil and filtered water. Flax seed it’s high in omega-3 fatty acids–the heart helpers–so it’s no surprise that flax milk is great for the ticker.

What the cow’s have to offer is still the leader in the milk market, but that doesn’t mean you can’t reap the benefit from other beverage alternatives. Mixing up your protein sources is always a good idea, and some of these milk might just be a good go-to.

What kind of milk do you drink? Tell us in the comments! 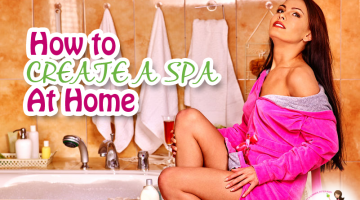 We all like to relax and unwind and there is absolutely nothing wrong with wanting to do so. In reality many of us either feel guilty for having … END_OF_DOCUMENT_TOKEN_TO_BE_REPLACED 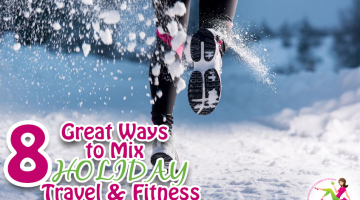 The holidays can throw a real wrench in fat-burning goals. Aside from all the indulgent eats and yummy treats tempting you at every turn, holiday … END_OF_DOCUMENT_TOKEN_TO_BE_REPLACED 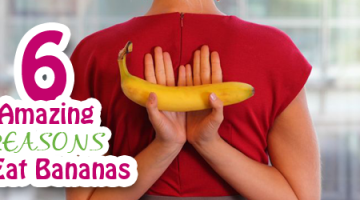 If you think bananas are just for monkeys, think again. The powerful banana is an incredible source of food which can keep us satisfied, … END_OF_DOCUMENT_TOKEN_TO_BE_REPLACED