You are here: Home / Healthy Eating / Tailgating Tips to Keep You on Track

‘Tis the season for touchdowns! Whether you’re a fan of football or can’t tell a play-action pass from a punt, you may still be invited to a tailgate–and who doesn’t love a party? Oh yeah, anyone trying to watch what she eats and drinks, most likely. Nothing screams temptation like brats, beer, nachos, and bloody marys on a crisp fall day. The only kind of fat burning going on here is most likely on a grill.

Before you cry foul, we’ve got the tips to keep you from becoming the a football party pooper. After all, there’s no crying in baseball…er, football!

Pregame: Don’t attempt tailgating on an empty stomach–you will be defeated. Eat something healthy and filling before you go so that you won’t be starving and surrounded by sinful food options. Also, fill up a bottle with iced tea or water to sip on from the party sidelines. Hunger sometimes is just thirst in disguise. The more you drink (and not of the alcoholic or sugary variety), the longer your willpower can stay in the game.

Strategy: Football is a game of strategy–and so are tailgates. You know you can have chips and dip anytime of the year. However if a friend is making his famous bacon-wrapped jalapenos, and you rarely get to see this man, eat one or two. It’s called enjoying life; let moderation play center field.

Huddle Up: Know another party goer who’s on a path toward healthy living? If so, sidle up to her and be each other’s cheerleaders for not overindulging. There’s strength in numbers, so saying no to offers of more food and drinks with a pal is always easier than going solo.

Drop Back: Tailgates are often brimming with munchies–or “stand and grabs.” It’s easy to mindlessly eat more and more if the food is within reach. Find a new party position, preferable one that doesn’t have you huddled near the food table.

Play: Score the extra point by burning calories at the party instead of packing them on. Parking lots, driveways, and backyards are the perfect place to toss around the pigskin (and not of the fried variety), or play cornhole, bocce, or ladder toss. Each offers exercise, and most likely a few good laughs–another easy and fun calorie burner.

Unnecessary Roughness: You’re buzzed and bloated, and now bullying yourself as well. Knock it off. Bad calorie days happen. Drink lots of water before you head to bed (mainly to avoid a hangover) and wake up to a brand new day–one where you start fresh and try again to make it the best you can.

It’s commonly said in football that the best offense is a good defense, and the same holds true for staying on track at parties. Come up with a game plan and give your willpower a strong pep talk. Soon, you’ll be able to rah-rah without getting wrecked.

Tell us what team you’re backing this football season? 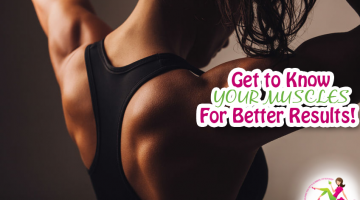 If you are a beginner to lifting weights, then it is a good idea to understand what muscles are being used during workouts. This is very … END_OF_DOCUMENT_TOKEN_TO_BE_REPLACED

It is pretty simple to build strength, fitness, stamina, balance and flexibility without equipment once you have the knowledge pieced together. … END_OF_DOCUMENT_TOKEN_TO_BE_REPLACED

Do you know what Pilates is? Is it the same as yoga? Do you have to have a super strong core to do it? Let’s dispel a few myths and take a look … END_OF_DOCUMENT_TOKEN_TO_BE_REPLACED