You are here: Home / Women's Fitness / Top Female Fitness Gurus You Love
They sweat it out with us, tell us we’re going to feel better than we already do, and pretty much always manage to look flawless. They’re our favorite female fitness gurus, and who knows where the exercise world would be without them. Let’s take a look at some of the most famous female fitness gurus, what makes them awesome, and how they’ve helped shape the women’s health and fitness industry.

Jane Fonda: You Or Your Mom Loved Her!

Barbarella was the first actress to make a workout video, which became a huge hit and completely revolutionized the idea of working out in your living room. She was also one of the first workout gurus to stress the importance of aerobics. Fonda’s VHS tapes and books were huge best-sellers, and there probably won’t be a home workout video industry if not for her. Jane Fonda’s Workout came out in 1982, and the superstar even made more workout DVDs in 2010 at the age of 72!

The lovely Denise Austin has been inspiring women to get and stay fit for some 30 years. She has created 100 workout videos/DVDs, and starred in the longest-running fitness program in TV history. Austin is all about a naturally healthy diet in addition to exercise, and was one of the first nationally-recognized fitness experts to stress whole foods in addition to working out. She is also a top-selling author and motivational speaker. Austin co-hosted The Jack LaLane Show in 1981 at the beginning of her iconic career, and remained good friends with the health and fitness legend until his death in 2011. Her trademark breathy voice and “can-do” ‘tude made her immensely popular, and she served two terms on the President’s Council on Physical Fitness and Sports. She even helped launch the U.S. Department of Agriculture’s food pyramid guidance system!

Jillian Michaels endeared herself to TV audiences everywhere as one of the trainers on the long-running reality series The Biggest Loser. Before she was “TV’s toughest trainer” Michaels struggled with her weight, making her all the more relatable to fans. Now filming Season 15 of Loser, Michaels has always “kept it real” about exercise with lines such as “If you think you’re gonna die, do [whatever]” in some of her videos. She remains a top fitness guru and motivational speaker.

Cindy Crawford: The First Supermodel To Do the Workout Video Thing

Models stayed on the runaway and the in the pages of magazines before Cindy Crawford, whose best-selling Cindy Crawford: Shape Your Body turned her into a fitness icon. While a number of the moves in the video were criticized as unsafe, Crawford still managed to make two successful follow-ups, Cindy Crawford: The Next Challenge in 1993 and Cindy Crawford: A New Dimension in 2000. Plenty of other models and starlets have gone on to make workout videos, but Crawford remains the first to branch out. One of the most popular models of the 1990s, Crawford represented a fit, healthy beauty instead of the stick-thin models of the late ’90s and today. For that, we celebrate her.

Who’s your favorite female fitness guru? Leave a comment and tell us! 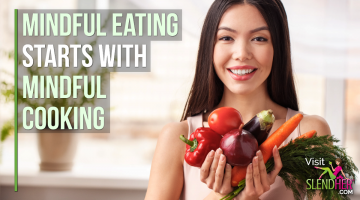 Have you ever had one of those days (OK, weeks?) where you set out just to indulge in one cookie and before you know it the jar is nothing by … END_OF_DOCUMENT_TOKEN_TO_BE_REPLACED 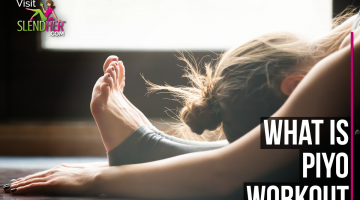 PiYo is a blend of pilates and yoga to bring together the perfect balance of strength and flexibility for the body. This workout combines the … END_OF_DOCUMENT_TOKEN_TO_BE_REPLACED 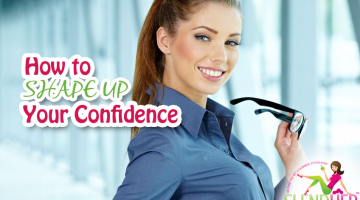 When you feel kind of crappy about your body, it’s can be like a double-edged sword. On the one side, you know that exercise and eating in a more … END_OF_DOCUMENT_TOKEN_TO_BE_REPLACED