You are here: Home / Fat Loss / Forget the Cardio – Pick Up the Weights If you’re like many women, when you think of exercise, you think of cardio. But if you’re working out with the goal of achieving a leaner, more sculpted body, strength-training, not cardio, is the answer.

Yet many women opt for cardio exercise over strength training because they figure they’ll burn more calories as a result. At first glance, that may appear to make sense. Let’s say you’re a 35-year-old, 5’6”, 150-pound woman who wants to lose about 15 pounds. You can burn about 238 calories by jogging for 30 minutes. Spend the same amount of time lifting weights and you’ll only burn about 117 calories.

Don’t be tricked by the calorie difference! In the long run, the strength training workout may have a bigger impact on your body weight—because adding muscle will help you boost your metabolism, which means you’re burning more calories all of the time.

That’s just one reason for you add strength-training to your exercise routine. Here are six more proven reasons why you should focus on building a stronger, not just a smaller, body:

Lifting weights makes you smarter. Studies show that strength-training is associated with improvements in cognition, or your ability to acquire knowledge and reason. A study from January 2014 found that just one session of weight-lifting improved cognitive function in middle-aged people.

Interestingly, strength training can even have an impact on people who already face a loss of cognitive ability—a study published in December of last year found that resistance training improved global cognitive function in adults who had mild cognitive impairment. Better yet, the results lasted a full 18 months after doing high-intensity progressive resistance training for 6 months.

Lifting weights decreases anxiety. There’s a boatload of research proving a link between cardio exercise and reductions in anxiety, but strength-training sessions also ease anxiety. A review study from 2014 found that research shows that resistance exercise decreases anxiety after both a single session, and over time; low-to-moderate intensity strength-training sessions appear to have the most effective results to treat anxiety symptoms.

Lifting weights makes you more likely to be healthier overall. A study of more than 9,600 men and women found that those who did resistance training twice a week were more likely to report higher self-rated health.

Lifting weights means you burns more calories post-exercise as well. You may already know that high-intensity cardio exercise can produce an “after-burn” effect—what researchers call “excess oxygen consumption after exercise,” or EPOC. The higher your intensity, the higher the EPOC. Well, the same is true with strength training as well—it produces an EPOC effect, and the harder you train, the higher your EPOC as well.

Lifting weights keeps the extra fat off. Finally, consider this important reason to strength-train: when you lose weight (whether through diet, exercise, or a combination of the two), your resting, or basal, metabolism drops. That means you need fewer calories to maintain your body weight. Strength training helps offset that difference—a study published in January 2015 looked at women who had lost about 25 pounds each. Those who strength-trained after their weight loss maintained higher metabolisms even at their new lower body weights. And besides the time they spent working out, the women were more active overall compared those who didn’t exercise.

That adds up to more calories burned—which makes it easier to maintain your new-and-improved figure.

Kelly James-Enger is a freelancer and ACE-certified personal trainer who’s work has appeared in Runner’s World, Redbook, Health, Self, Fitness, and Shape. 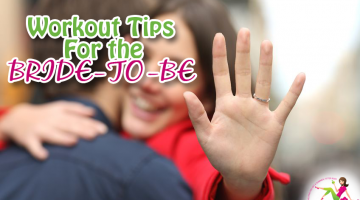 Having recently passed the most popular days to get engaged--that is, Christmas Eve, Christmas, New Year’s Eve, and New Year’s Day--it’s very … END_OF_DOCUMENT_TOKEN_TO_BE_REPLACED 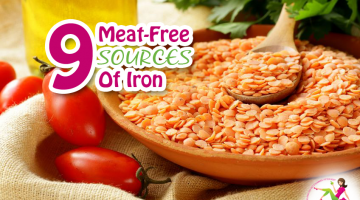 It has become common diet guidance in today’s modern world that the way to get iron is to consume meat, however there are plenty of delicious … END_OF_DOCUMENT_TOKEN_TO_BE_REPLACED

Ever wonder how you can start eating healthy food everyday? There is no single meal plan that works for everyone. The best way to start eating … END_OF_DOCUMENT_TOKEN_TO_BE_REPLACED