You are here: Home / Featured / Eat Less or Move More? Go to a restaurant and it seems as though portion sizes are on the rise. Even salads come out in bowls that could more aptly be named troughs. It certainly explains why obesity in America is on the rise, right?

According to a recent study completed at Stanford University, it turns out that when comparing federally collected health data from 1988 to 2010, people are taking in about the same amount of calories now as they were back then. While that’s not to say that people were eating right back then, a time when processed foods and TV dinners were in their heyday, it does show that we haven’t been increasing the amount we eat over the years despite the fact that our body size has increased.

So why are we growing in girth? Further study results showed that humans are moving a lot less. Activity filled up people’s downtime, but also was a big part of their work lives as well. Today, technology has slowed most people to a standstill–or more likely a sit-still. Computers are doing a lot of the labor on the job and entertaining us in a way that doesn’t require us to move a muscle. This newly formed sedentary lifestyle paves an easy path for packing on pounds.

That’s not to say you shouldn’t still be discerning about the foods you consume; meals made with lean meats, clean fats, and unprocessed and unrefined carbs are still a mainstay in a healthy lifestyle. However, if you’d like to see your dress size shrink a bit or even just maintain the weight you’re at, it’s time to really analyze how much you’re moving.

Review Your Day: Being less sedentary isn’t just about sneaking in an hour of activity and then not moving the other 23 hours of your day. From the moment you wake up to the time you call it a night, movement should be a priority. It doesn’t mean you have to break a sweat, but the more opportunities there are for small stuff, such as stretching, standing, turning, and bending, the better.

Write It Down: The same way you would use a food journal to see where your calories are coming from, use a sitting journal to record all the times when you stay seated or lying down. You might just be surprised at how the time adds up.

Track Yourself: While technology may be part of the problem for keeping us stationary, it can also be used to see how you’re moving. Pedometer-based apps and FitBit-like gadgets make it easy to track how many steps are taken, calories are burned, and hours are slept in an average day. Having this data will allow you to see firsthand the kind of changes you need to make, as well as where you are already doing well. As you make adjustments, you can track progress to see what’s working and what’s not when it comes weight maintenance and fat loss.

Bump up the Intensity: Moving every day is a good thing, but to reach fat loss goals, your body needs to work. That doesn’t mean that if a walking program feels right for you that you have to ditch it to start pumping iron. However, it may mean that you need to pick up the pace, add in some hills, and go for longer times in order to see a successful outcome from your sweat session.

While moving more is only part of the equation in the quest to burn unwanted fat, it’s one that seems to be becoming a lost art. Learn how you can fit in more fitness by looking for ways to stop sitting, and you’ll be moving toward a healthier you.

How many hours do you think you sit in a day? Share your guess in the comments. 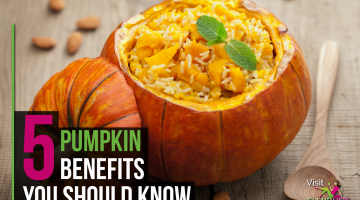 Pumpkin and the many health benefits deserve more attention, not just for Halloween and coffee drink marketing at the local cafe. There is no … END_OF_DOCUMENT_TOKEN_TO_BE_REPLACED 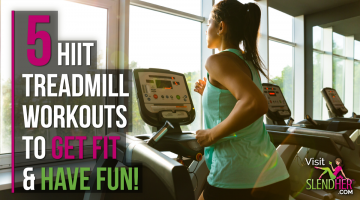 Did you know you can have fun whilst running on a treadmill? If you get easily bored running or you are ready to supercharge your cardio sessions … END_OF_DOCUMENT_TOKEN_TO_BE_REPLACED 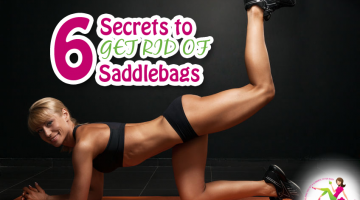 If you’re toting around unwanted fat deposits on your hips and upper thighs, then you’re no stranger to saddlebags. Many women deal with this … END_OF_DOCUMENT_TOKEN_TO_BE_REPLACED