You are here: Home / Healthy Eating / Answers to Your Questions about Quinoa

Love pasta and rice, but wish you could switch your dish to something having more of a protein-packed punch? If so, quinoa is the food for you. Don’t know what quinoa is, how to say it, or what to do with it? Do you seem to have more questions about this superfood than you do interest in eating it? That’s normal. No worries, though; we’ve got the answers.

How do I pronounce “quinoa”?
You don’t say it, you eat it. Sorry, semantics humors. Quinoa is often pronounced incorrectly by newbies. Make others think you’re in the know by saying, “KEEN-wah, duh!” (The “duh” is optional.)

What is quinoa?
Most people call it a grain, but it’s actually an edible seed that looks very similar to couscous (which is a pasta. Confusing, we know). The seed is among the goosefoot species.

GOOSEFOOT? Say what?
Without getting too Bill Nye–as the science guy instead of as a dancer on the coming season of Dancing With the Stars–goosefoot is a plant from the Chenopodium genus, which is in the amaranth family. This stinky plant gets its name because the leaves tend to be shaped like that of a goose’s. Rest assured that it has nothing to do with a live goose’s foot. Quinoa is a vegan food.

Where in the world did quinoa come from?
It’s origin includes Bolivia, Colombia, Ecuador, and Peru.

What does it taste like?
The taste is subtle, and is similar to a brown rice with a slight nutty accent to it.

Why should I eat quinoa?
For it’s itty bitty seed size, quinoa is high in iron, fiber, calcium, and protein. In fact, quinoa is the perfect “grain” for who those aren’t big meat eaters or who are vegan/vegetarians, because it offers the protein often lacking in these kinds of diets. And even better, the protein provided is a whole protein, which means all eight amino acids are at play. Additionally, quinoa is a gluten-free food, for those of you who can’t partake in wheat, rye, and barley dishes.

Where can I purchase it?
Quinoa has become trendy, so lucky for you, it can be purchased at most grocery stores. Check the rice and pasta aisles for prepackaged quinoa–even tasty flavored varieties are available. Or head to the bulk section to see if it’s stored in bins au naturale. If your everyday supermarket doesn’t stock it, you’ll most likely have luck at local healthy food stores and co-ops.

Do I have to prepare it specially?
Beyond cooking it, the only suggestion is to give it a rinse, or else it could taste a bit bitter. Otherwise, quinoa is prepared similarly to rice and can even be made in a rice cooker. For the most basic preparation, combine one cup of quinoa with two cups water (or chicken stock for a little flavor) and bring to a boil in a pot. Reduce the temperature to low, cover, and let simmer for about 15 minutes, or until all the liquid has been absorbed. Fluff it with a fork and it’s ready to eat.

Do I eat it plain?
You certainly can, but if you think of it as a rice or pasta replacement, then it’s easy to see how the recipe options are endless. Pair it up with stir fry. Make a savory salad. Stuff it into bell peppers. Serve it as a side to salmon. See…endless!

But that’s not all. Quinoa can also be eaten for breakfast. Think of it is a new take on oatmeal when matched up with blueberries and a bit of honey. Mix it in with eggs and veggies to make a scrambler. Bake it into bars for a traffic snack.

Given the health benefits, the ease of preparing, and the versatility in recipes, it’s no wonder this seed is trending with both foodies and everyday eaters. Now that you know, we have one question for you? How will you eat your quinoa? 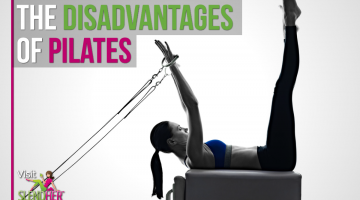 Do you know what Pilates is? Is it the same as yoga? Do you have to have a super strong core to do it? Let’s dispel a few myths and take a look … END_OF_DOCUMENT_TOKEN_TO_BE_REPLACED 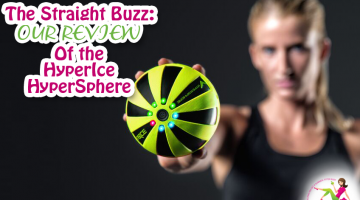 As someone who likes fitness, sports, and picking up heavy things and putting them down, my muscles are perpetually sore. Add in the fact that … END_OF_DOCUMENT_TOKEN_TO_BE_REPLACED 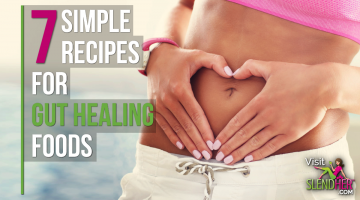 Do you suffer with digestive issues? Are you constantly bloated, constipated and stuffing yourself into your jeans? Ease digestion, constipation … END_OF_DOCUMENT_TOKEN_TO_BE_REPLACED