You are here: Home / Healthy Eating / Five Cocktails to Avoid for Fat Loss A night out with the girls? Happy hour after a maddening day of meetings? A bottle of wine with date-night dinner? Um, yes, please!

Taking a break with an adult beverage every now and then can help you to loosen up, but if you’re on a plan to lose fat, don’t toss back too many or you may not slim down. We’ve all joked about our “drinking our meal,” but with some cocktails, you can be taking in more calories than a plate full of food. The calories are typically from sugar. When your body gets more than it needs, it converts that sugar to fat that it can use as energy later when it needs it.

While staying sober is the safest way to stay on track with your healthier goals, we know that an all-or-nothing approach isn’t a foolproof plan. A better way to go about the bar scene is to cut back on what you take in. You can do that by having a glass of water in between every cocktail, that way allowing you to still have a drink in hand–albeit it, one that’s better for you. Not only will you consume less in the way of calories, but you’ll likely have less of a hangover the next day. Bonus!

If you’re looking to really get your buzz on (which you should always do responsibly!), making smarter choices is your game plan. Here are five cocktails to pass on during your next pub crawl.

Margarita: Did you know that a frozen margarita can be anywhere from 300 to 900 calories? Ay caramba! Sure it’s a tasty treat, but the fruity puree and simple syrup are definitely more sugar than your body needs.
Sip Instead: Take your tequila on the rocks with an ounce of triple sec, some lime juice, and club soda for a tamer Mexican mixer.

Long Island Iced Tea: While tea may be typically good for you, toss in a bevy of other hard beverages, as well as some sugary soda, and your calorie count climbs near 450.
Sip Instead: If you just must have your Long Island, ask the bartender to switch the sodas to diet and cut the alcohol add-ins in half. However, for another flavorful option try a “John Daly”.  Just add bourbon or whisky to an Arnold Palmer, which is a mix of unsweetened iced tea and lemonade.

Sangria: Don’t let the fruit fool you; sangria can be higher in calories thanks to added simple syrups and sugary fruit juices.
Sip Instead: Skip the mix-ins, and just enjoy the wine. With wines tasting different by regions, types, and even year, you’re sure to find a glass to suit your style.

Rum and Cola: This one is pretty simple. If you want to shed fat, skip drinking soda–and that includes in your adult beverages. If it takes about a half a can of cola per cocktail, simple math shows how quickly you’re downing the sugar.
Sip Instead: While diet soda isn’t healthy, it’s one way around the cocktail-drinking dilemma. Swap out original cola and replace it with a lower calorie version.

Creamy Drinks: No, this isn’t a specific cocktail, but more of a catch-all for drinks such as White Russians, Mud Slides, and Chocolate martinis. Good rule of thumb, if it’s creamy, sweet, and you can’t see through it, it’s probably best to avoid.
Sip Instead: Vodka comes in just about every flavor these days…seriously, we’re talking everything from marshmallow to fresh-cut grass. No kidding! Pal up with your bartender and let him or her make you a drink using a flavored vodka that’s kinder on the calories.

How do you keep the calories under control when you have a night on the town? Share with others in the comments!

Unless you love exercising all the time, fat burning throughout the day can be difficult. Burning fat becomes a bigger obstacle when you have … END_OF_DOCUMENT_TOKEN_TO_BE_REPLACED 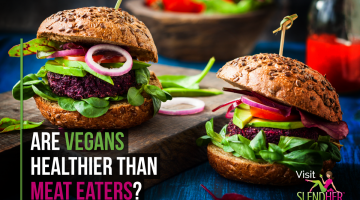 Many people choose to go vegan for moral reasons, some want to reduce their carbon footprint by eliminating animal products from their diet, and … END_OF_DOCUMENT_TOKEN_TO_BE_REPLACED 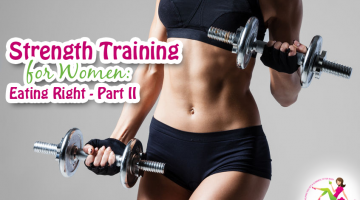 Nutrition is a crucial aspect to your health and fitness goals. By understanding what to eat, how much to eat and why to eat it, you will be in a … END_OF_DOCUMENT_TOKEN_TO_BE_REPLACED