You are here: Home / Featured / 5 Healthy Meal Tips Courtesy of Your Crockpot FREE Ebook:  3 Secrets to Eating Right!  Click here to get it now.

Think you have to eat nothing but processed-laden foods from your slow cooker? That’s a crock! While chilly days of old may have meant day-long cooked meals made with cream-based soups, high-sodium sauces, and cheese for days, there are now more recipe options for healthier yet still taste-filled meals. Before you turn up your nose at flavorless meats and overcooked veggies, consider these tips when preparing your evening meal in the morning.

Spiced right:Turn up the heat for flavor that packs a punch. Shake in some chili powder, paprika, crushed red pepper, black pepper, or Cajun spice. Since you won’t need a lot, try a few teaspoon of sauces such as sriracha, Tabasco, or Thai chili. For a heat that will leave you in sweat, add jalapeno, habanero, or chipotles in adobo sauce and let stew.
Get cooking: There are lots of recipes that are a great pairing for flaming hot spice. Try a white turkey chili, spicy curried chicken, or chipotle black bean soup.

Slow cooker seasoning: Fresh herbs tend to fall apart when cooked too long, while dried herbs can lose their flavoring after a few hours. Instead of taking away taste and serving up a blander style supper, look for recipes that use rosemary, thyme, and sage. These three woody variety of herbs hold a lot of flavor that doesn’t disappear when cooking.
Get cooking: Try the triple threat of these herbs when slow cooking pot roast, or add them coarsely chopped to a chicken and vegetable stew.

Juicy not dry: The reason slow cooker recipes often include cream soups and sauces is because cooking all day–even on low temps–can cause food to dry out. The soups and sauces stand in as a great way to keep food juicy. But just because you’re trying to eat more whole foods, doesn’t mean you have to resort to chewing on bark when dinnertime rolls around. When cooking large cuts of meat, such as a pot roast or brisket, sear it in a pan on all sides for a couple of minutes each. This will help to lock in the moisture. Also, get to know your crock pot. High and low on one kind may be very different on another. If yours tends to run hotter, turn the temp as low as possible, or cook for shorter amounts of time. Last, add in liquids in the way of water, chicken stock, and wines to keep things tender.
Get cooking: Add moisture to meats for fall-apart goodness. A few to try: a whole chicken cooked with chicken stock, a pepper-steak with veggies and a bit of water, and beef fajitas with a liquid marinade.

Produce-packed: Meat doesn’t have to be the menu focus when cooking in a crockpot. Add volume, variety, and flavor by using vegetables that will be tender by day’s end instead of a pile of mush. Root veggies, such as carrots, parsnips, sweet potatoes, and turnips, are great to pair with roasts or stews. Tomatoes–canned or fresh–make a nice base for soups and stews, and if not strained, can keep food juicy. To work in those all important leafy greens, such as spinach and kale, wait to stir in until right before serving.
Get cooking: Try potato-corn chowder, quinoa-stuffed bell peppers, and sweet potato coconut curry.

Bean best: Beans are packed with fiber and protein, which make them a healthy lunch or dinnertime staple. On their own or paired with meat, beans lead to hearty goodness. Canned bean are one option, but since you’ll be cooking all day anyway, save a little extra money and try the dried variety.
Get cooking: Soups, stews, casseroles, and chilis: There are very few recipes that beans can’t make better. Try Louisiana red beans and rice; sausage, spinach and white bean soup; and three-bean Southwestern chili.

What’s your favorite crockpot meal to make? Share the recipe in the comments! 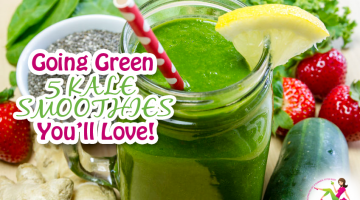 Some people hear “kale smoothies” and instantly go green from nausea. The good news is those aren't the kind of kale smoothies were serving up. Su … END_OF_DOCUMENT_TOKEN_TO_BE_REPLACED 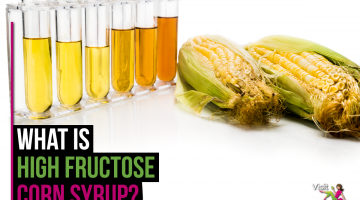 High fructose corn syrup has received a bad rap over the years, and for good reason. If you are feeling confused and uncertain about what high … END_OF_DOCUMENT_TOKEN_TO_BE_REPLACED

When you think about toning your thighs, equipment typically found at the gym may seem a necessity. And while, yes, barbells, … END_OF_DOCUMENT_TOKEN_TO_BE_REPLACED