Who doesn’t love a recipe that you can set and forget? After all, the result of a little prep time and popping a pan into the oven can mean a tasty meal when the timer goes off about 30 minutes or so later. In the time that normally would take standing around the kitchen manning the stove top, you can now go off and sneak in a quick home workout. And since the best thing to eat following a sweat session is protein (those muscles need it to grow!), we’ve rounded up some delicious ways to have roasted chicken waiting at the ready when you slip off your sneakers and sit down to eat.

First, let’s talk about roasting. Roasting is simply cooking something in the oven, as opposed to frying it in a pan, boiling it in water, or searing it on the open flame of a grill. Many recipes will often swap “baked” with “roasted,” but without getting too deep into semantics, roasting applies to starting and ending with solid structure foods (in this case, chicken), while baking applies to foods that will become solid structures–for example, muffins, cookies, and cakes, which start as dough and then firm up to evil devils of yummy temptation.

For great tasting chicken–or really any meat you decide to roast–be sure to follow these few tips:

If you’ve been eating with health in mind for a while, you already know there are lots of options when it comes to chicken breasts. It’s a clean, lean protein and it’s versatile, which means lots of options for keeping your tummy and your taste buds satisfied. Need some inspiration for new go-to recipes? Serve up these instead.

Stuffed: Chicken breasts are typically a thick enough cut that they create the perfect pocket for slipping in some extra ingredients. Simply cut an opening in the side of the breast, being careful not to cut all the way through. Create a leaner Chicken Cordon Bleu by stuffing in sliced deli ham and a half slice of swiss cheese. Or make it a bit more Mediterranean, with roasted red peppers, fresh basil, sun-dried tomatoes and mozzarella cheese. Allow for a little extra cooking time than an average chicken breast.

With Sides: One-dish meals are the best because you can fit a complete meal in one pan, making prep and cleaning up a cinch. Add small cut potato wedges, carrots, and whole green beans in with your chicken, or add a burst of flavor with balsamic-glazed bell peppers and Kalamata olives.

Spiced: Changing the flavor of chicken is truly as easy as opening a jar of spices. You can add Italian flair with a mix of dried oregano, rosemary and basil. Or go more Tex-Mex with a blend of chili powder, cumin, and red pepper. If you prefer fresher flavors, slice up oranges and lemons and combine with thyme from your herb garden. Play with new flavor combinations to see what you best enjoy.

Soaked: Another easy way to add great taste to chicken is with a marinade. Premade marinades can be purchased at the store, but are quite easy to whip up in your own kitchen. For an Asian twist, mix olive oil, low-sodium soy sauce, rice wine vinegar, a dash of sesame oil, honey and red chili pepper flakes in a large sealing freezer bag. Put all ingredients, including the chicken, in the bag and close while removing excess air. Let rest for at least 30 minutes–longer for more flavor.

Smothered: If you missed fried chicken, there’s a roasting option that’s healthier and still tasty. Combine one cup bread crumbs with a half cup of parmesan cheese. In a separate bowl, whisk two egg whites. Dredge the chicken (patted dry first) in the egg whites and then coat in the bread mixture before placing in the pan. Bake at 350 for about 30 minutes (or until no longer pink in the center). You can also switch out bread crumbs for corn flake cereal, oatmeal, or cornmeal.

What’s your favorite way to prepare chicken breasts? Share with others in the comments! 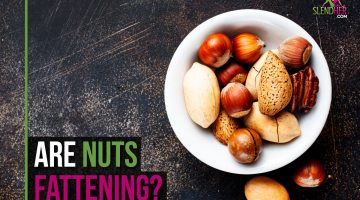 Nuts are healthy as they are packed with nutrients and incredible health benefits. At the same time, nuts are high in calories and fat, which can … END_OF_DOCUMENT_TOKEN_TO_BE_REPLACED 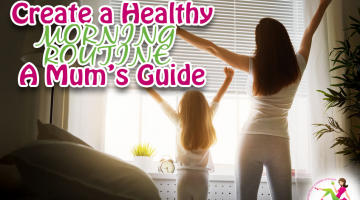 Creating a healthy morning routine can do absolute wonders for your mood and overall wellbeing as a mum. If you find that you get … END_OF_DOCUMENT_TOKEN_TO_BE_REPLACED 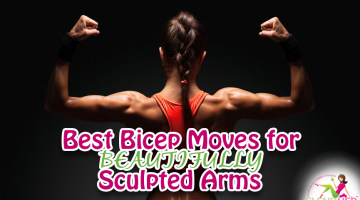 If you thought the “gun show” was just for the guys, think again! Curls can literally be for the girls, which means beautifully sculpted arms for … END_OF_DOCUMENT_TOKEN_TO_BE_REPLACED